If you’ve paid any amount of attention to the tech industry lately you’ve more than likely heard the term “Internet of Things.” The term was first coined in 1999 when commercial and personal use of the Internet was increasing. “IoT,” as it’s commonly referred as, is the idea of electronics, sensors and other devices that allow for networking being implemented into physical objects. The Nike FuelBand, or even the new Apple Watch are great examples of devices within IoT. Of course, smart labels fall directly into this idea, which means we’re completely on board with this connectivity. Odyssey’s proprietary DoD approved software works specifically with tags containing RFID inlays to track assets sent to the DoD. As the Internet of Things comes more into the mainstream, use of RFID and smart labels will become more widespread. 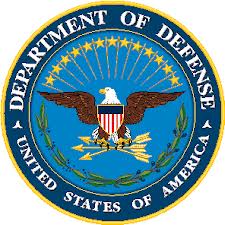 Consider Cycle Alert, a system developed for trucks in high-density traffic areas that decrease the risk of accidents with bicyclists. Cycle Alert’s system mounts RFID readers onto trucks and busses that frequent bike-friendly cities. RFID tags are then placed inside the handlebars of bicycles, particularly those that are maintained by the city as public transport. When the tags come within eight feet of the readers on trucks and buses the drivers are not only alerted that the rider is near, but where his or her relative position to the vehicle is.

Retail stores are also becoming heavily involved in the Internet of Things and smart labels from a logistics and product availability standpoint. We wrote an article back in January on the accelerated adoption of RFID and smart labels in retail clothing stores, but those aren’t the only commercial entities adopting the technology and networking themselves. Grocery stores across the world are now using RFID tags to track their perishable inventory. Scanner are placed on shelves and keep track of how long those good have been on display. Some stores are reporting a reduction of up to 10% on wasted goods, which is a massive number for the industry.

In a recent article by Tech Republic, they report that 30% of all data from the Internet of Things is driven by sensor devices like RFID, which makes sense considering the ease and cost efficiency of the technology. Smart labels are small and can be applied to almost anything without intruding on aesthetics or design. That same article warns of a “data tsunami,” in which the IoT’s connective nature means data will soon be passed back and forth between more objects than not. Some may find that ridiculous, but that’s the way the industry is headed. Sure, we don’t really need refrigerators that play our MP3s, but what about refrigerators that can tell us if our food is getting old?

Odyssey is already experiencing this “data tsunami.” The nature of our clients’ DoD Commerce business means a large amount of data 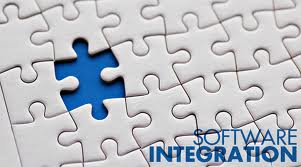 needs to be efficiently and effectively distilled into something easily readable and action oriented. The use of passive RFID labels, combined with our DoD approved software that marshals all necessary data automatically, means our clients and the DoD can easily keep track of an asset lifecycle through Mil 129 and  Mil 130 compliance.

So we say bring on the Internet of Things, bring on the data tsunami. We’re prepared, and we’ve made sure our clients are prepared. As this technology becomes more widespread outside of DLA, so will the innovation and adoption, and we’ll continue to be pioneers.

Observations and learnings from our experience in DoD Commerce